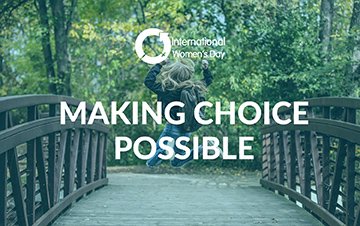 What needs to be present in an organisation to make choice possible?

The revelations over the past few weeks of the conduct and alleged rapes in Federal Parliament have provided a master class in why choosing to challenge is so difficult in many cultures. The risk to an individual’s career and safety, the risk to the organisation, the risk to a manager who has let things “get out of control” and the bias for sweeping things under the carpet, means in many environments it does not feel safe to #ChooseToChallenge (which is very timely as this year’s International Women’s Day theme). So, it’s worth considering – what would need to be present in your organisation to make the choice to challenge possible?

Make it safe – no or minimal ramifications

If we want people to feel that they can challenge inappropriate behaviour, they have to know that choosing to call out that behaviour will not impact negatively on their career, their relationships and opportunities in the future. When calling it out is seen as the right thing to do, as acting in alignment with the vision and values of the organisation, then more people will feel empowered to stand up for their co-workers and to speak up early, to ensure ‘that’s not the standard we accept around here’.

We know that despite greater awareness around bullying and sexual harassment, and significant moves to change policy and stamp out practices that are inappropriate and harmful to some of our workplace colleagues, it still happens frequently. Here we see the contrast between the formal culture (the rules) and the informal culture (the actions, teasing, snide remarks, rolling eyes, brushes and touching that are palmed off as ‘nothing serious’). The truth is the informal culture and the unwritten ground rules are the most dominant; people respond far more to what they see and experience than the contents of a policy document.

Leaders who model the culture

Culture in organisations is driven by the leaders – every time a leader challenges inappropriate behaviour they are creating a culture where it is safe to speak out; a place where it is possible to choose to challenge. Conversely every time a leader ignores, glosses over, tells someone not to worry about a sexist remark or bullying they are creating a culture that is unsafe. Recently a senior executive recounted a story; she’d booked a desk in their share offices, when she came to the desk another executive was there, he suggested she just take one of the other desks – over there. She explained that No, she’d booked this desk to be near some team members and he’d have to move, and more importantly he needed to understand that while this was easy for her, it would be difficult for someone more junior, to challenge him. This may seem insignificant – and yet it is all these micro-moments that compound over time to create a safe or unsafe place to work.

Each individual having a stake in creating the momentum for change

Most people know what is the right thing to do when someone else behaves badly; whether they do something or not depends on a complex interaction of identity, beliefs, the need to belong and the unwritten ground rules. When leaders’ role model challenging and engage their people in the vision of creating a safe, respectful workplace culture they tap into the potential of the collective. The message is – in service of creating the culture where everyone feels respected, we all actively participate in choosing to challenge unacceptable behaviour. When that is the norm, not challenging is no longer an option.

Don’t leave it to victims

For too long and far too often, we have relied on the victims of sexist and harmful behaviour to be the ones who call it out. This is a minefield on so many levels and often ends in the victim losing their job and career trajectory while the aggressor is untouched or even promoted. Given the power dynamics at play, it is essential that leaders and others feel confident to call out bad behaviour and it is not left to the victim who has already had to bear the pain and difficulty of the bullying or harassing.

Create the environment to challenge

The way in which you challenge, and how you’re being when you challenge is as important as what you say. When we are in judgement (self-righteous), the other person naturally becomes defensive or protective (their character is being questioned) – when we deliver a message that points out the behaviour with a neutral tone, it invites the person to question their approach and consider a different perspective.

So as we approach IWD 2021, it’s time to Get Loud Australia & #ChooseToChallenge!